The Middle East is the cradle of the world’s three largest monotheistic religions: Judaism, Islam and Christianity. The influence of all three religions together has contributed to making the region one of the most culturally and architecturally diverse in the world.

As your eye travels across our Middle East exhibit, one is transported from the ancient world of kings and caliphates, through an evolution of architectural styles, past vibrant street life and soaring into the future with a model of Santiago Calatrava's Chords Bridge leading into Jerusalem.

This striking suspension bridge symbolizes a tent in the desert, or King David’s Harp. Some say the bridge, situated at the city's crowded entrance, does not have enough space around it for people to appreciate its artistic merit, while others feel that the bridge doesn’t fit in visually with the city at all. Surrounded by architecture from the time of King Herod and Suleiman the Great, as well as world famous landmarks like the Western Wall and Dome of the Rock Mosque which date far back in history, it’s not surprising that this modern structure can seem quite out of place to some.

Watch the Via Dolorosa come alive during the time of Christ while a few feet away, contemporary Jerusalem bustles with café life, contemporary architecture and even the occasional parkour practitioner. SECRETS WAITING TO BE DISCOVERED

The model makers' reveled in the small challenges their regions presented, like creating miniature replicas of the art in the sculpture garden of the Israel Museum. Can you spot Claes Oldenburg and Coosje van Brugge's ``Apple Core``? 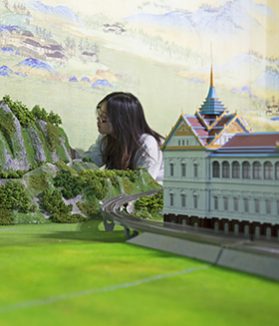 » Check them all out

Know when you’re coming to experience our miniature world? Book a specific day and you’ll save $10 off the cost of a flex ticket -- the lowest priced tickets we offer! Set your own schedule with our Flex ticket. Valid for any day and time we are open. This is a VIP ticket that will move you to the front of the line. You’ll also get 10% off at our Model Citizen™ station (where you can have a mini-you placed in our world). Great for gifting. 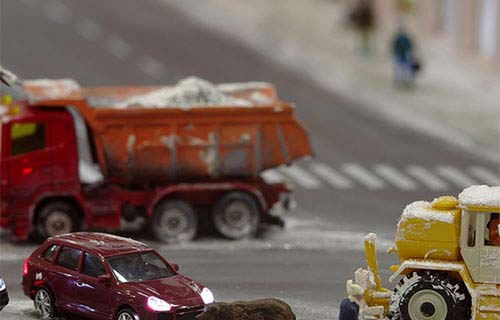